We invite everyone to the ELECTRONICS SHOW International Electronics Trade Fair 2018 which will be held on 13-15 April 2018 in Nadarzyn. At the fair will see the latest electric vehicles brand VELEX and several of them to test.

We invite everyone to the International Light Aviation Trade Fair PARARUDNIKI 2017, which will be held on 27-28 May 2017 in Rudniki near Częstochowa. All VELEX vehicles will be tested at the fair.

WE INVITE you to take part in the XII Scientific Conference "MULTIMEDIA IN BUSINESS AND MANAGEMENT", which will take place at the Palace and Park Complex in Koszęcin from 22-24 March 2017. The conference organizers are: Institute of Information Management Systems of the Częstochowa University of Technology and the Scientific Society of Organizations and Management Branch in Częstochowa.
During the conference you will be able to view and test the latest VELEX electric vehicles.

Thank you to everyone who visited our booth at the largest men's event organized in Poland.

We invite you again for the next edition.

We invite you to a film report from the fair. 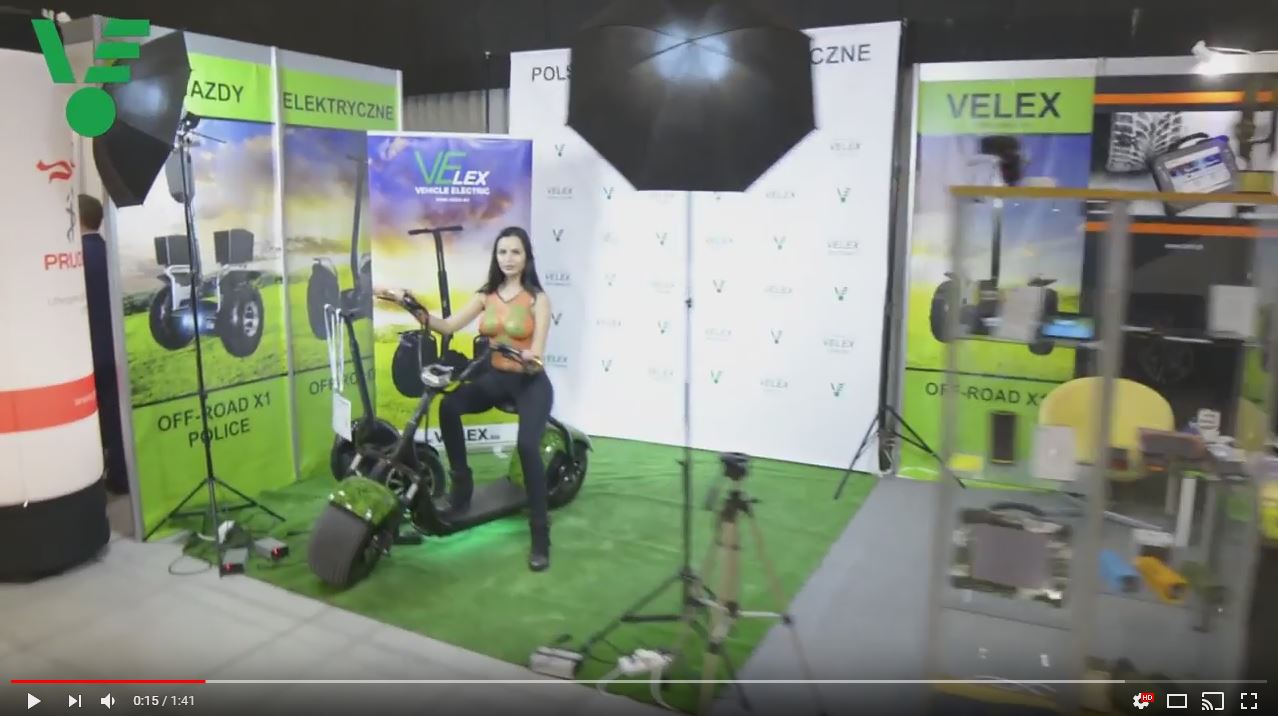 On October 21-22 we invite you to the MOBILITY DAYS 2016 fair. At this event, we will present the latest VELEX CITIS CS1 electric scooter. There will also be a "RACING VELEX" contest with prizes. We invite you to our booth number B54.

On May 10-11, 2016 in Lodz, the IV Fair of Logistics of Uniformed Services took place (Hala Expo Łódź, University of Technology 4). At the event, we showed the latest solutions in the field of VELEX vehicles, among others. The VELEX OFF-ROAD X1 electric vehicle in the LEADER SUPPLY OF THE MUNUATURE SERVICES competition was awarded in the category "IMPLEMENTED PRODUCT, SERVICE OR TECHNOLOGY"

At Katowice GLOBalnie 2015, on March 27-29, we presented the entire family of VELEX electric vehicles. The tourist market has very positively received VELEX vehicles. They are most often used to visit large areas or as an attraction at company or training meetings. The tourism market in Poland is rapidly developing in this direction.

Thank you to everyone who visited our booth at GLOBalnie 2015.

At the EUROPOLTECH 2015 Warsaw Fair on 15-17 April, we presented the entire family of VELEX electric vehicles. There were also new products and examples of various equipment to adapt the vehicle to various applications. We also showed many accessories useful for VELEX users. The latest version of the VELEX OFF-ROAD vehicle has been nominated for the title SUPERNOWOCZESNY 2015.
We invite you to a film report from the fair. 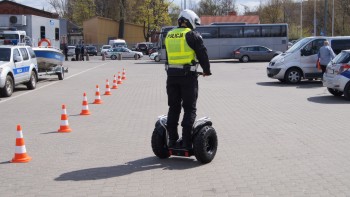 On March 26, we took part in the XI International Conference "Multimedia in Business and Management" where we were to give a lecture on the products we offer. Participants with unconcealed admiration familiarized themselves with our offer as well as technical solutions. Everyone participating in the conference could take advantage of a test drive with VELEX vehicles.

Thank you to the organizers for the invitation to the conference

Jurassic Product of the Year 2014

In the product category in the field of ecology, the first prize went to the BMF Centrum Specjalistycznego Sprzętu Mobilnego company for the individual VELEX self-leveling two-wheeled electric vehicle.
The competition is regularly organized by the Regional Chamber of Industry and Commerce in Częstochowa. The idea of ​​the competition is to promote and highlight the best and the most unique products and services from the region. The products submitted for the competition should be characterized by high aesthetics, modern technology, innovation, transfer of knowledge and technology, as well as stand out in terms of functionality and quality of workmanship. The first place in the competition is a perfect opportunity for the BMF company to reach with its own product, i.e. the electric vehicle VELEX, to a wide audience. Awarding the "Jurassic Product of the Year" award proves the prestige and positively affects the image of the company, because the logo of the "Jurassic Product of the Year" is recognizable not only on the local, national, but also on the foreign market. The BMF Centrum Specjalistycznyycznego Mobilnego company, as a laureate of the Competition, has the opportunity to start without registration fees in the "Teraz Polska" competition".